I am the lead developer and maintainer of Chilitags, a software library extracted from code developed with my colleagues at Chili (formerly Craft). Chilitags is heavily based on OpenCV.

Chilitags are 2D barcodes like QR-codes, except they are used as fiducial markers, while QR-codes are a way to transfer text (like a website address) via a camera. Fiducial markers like Chilitags are designed to be precisely located on an image. For example, Chilitags provide the (x,y) coordinates of their four corners with a sub-pixel precision.

Such fiducial markers can be used to build Augmented Reality systems (like Metroscope), by providing a computer with the position of objects in the real world, so that virtual information can be displayed on them. Typically, a 3D model of a virtual object can be placed on top of a piece of paper containing a tag. Robotics is another example application of fiducial markers: a camera embedded in a robot detects and tracks the positions of objects from the real world, or allows the robot to determine its position if the marker set-up is known.

There are other ways to recognize objects with a camera, e.g. with their natural, visual features, which avoid having to mark objects with an ugly barcode. Fiducial markers have their advantages though: it makes the user aware that the object is augmented, they are more reliable, and it is easier to define an object to the augmenting system, as only the numerical identifier of a tag has to be provided, versus complicated features. 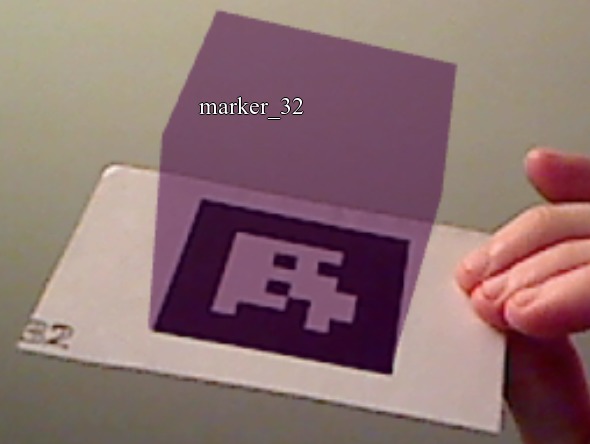