Metroscope is the name of my thesis project. It aims at supporting the learning of geometry in primary schools, and explore the possibilities of paper as an interface.

Augmenting Geometry with a camera+project system

Metroscope is a system based on a camera+projector system, the TinkerLamp. The camera detects objects using fiducial markers (like Chilitags). Their position is given to a program, controlled by these objects. With the projector, the program can display a feedback directly on or around the objects. 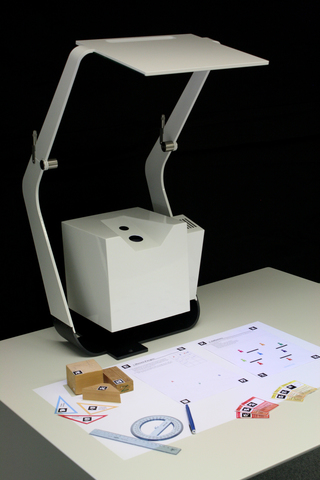 Paper as an interface

My thesis aimed at exploring the use of paper as an interface. Instead of using a keyboard, a mouse, and a screen, users can interact directly with pieces of paper.

For example, if a pupil wants to experiment with symmetries, it can use the computer to scan her drawing on one side of an axis, and project its reflection on the other side. 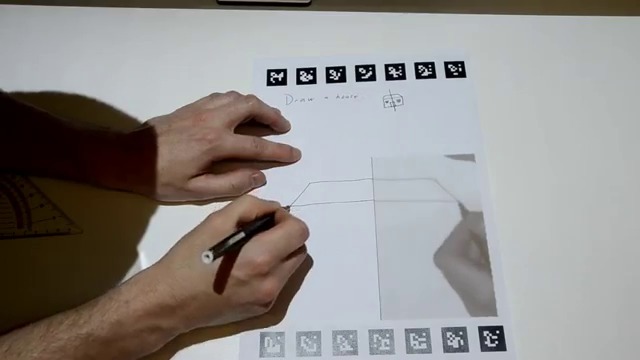 Paper can also be manipulated as an interface without a pen. For example, “tool cards” can tell the computer to display measurements of quadrilaterals made of cardboard. 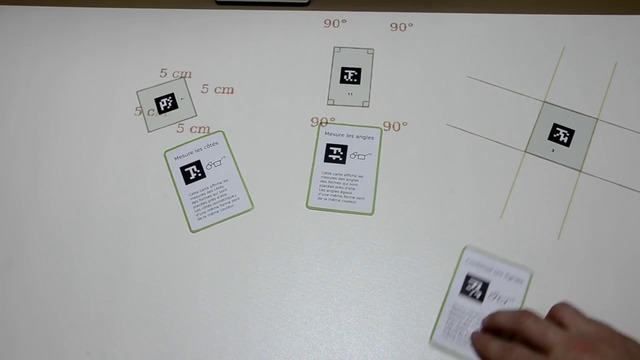 I developed several paper interfaces for various topics in primary school geometry, shown in the following videos: classifying quadrilaterals, using a protractor, symmetries. During her internship, Anna Geiduschek developed another one to explore fractions.

Exploring the possibilities of paper

I tried to explore paper as an interface, using its strengths and affordances rather than emulating existing interfaces with paper. Typically, while it is tempting to use a card as a pointer, it is only a poor approximation of a computer mouse. Similarly, trying to detect the position of fingers on a sheet is a bad way to emulate a touch interface.

Instead, paper has many unique capabilities: it can be used to draw and erase, it can be rotated, shown or hidden, flipped cut, stacked or folded. Further, many practices involve paper: playing cards or board games, paying with bank notes or tickets, filling forms, etc. 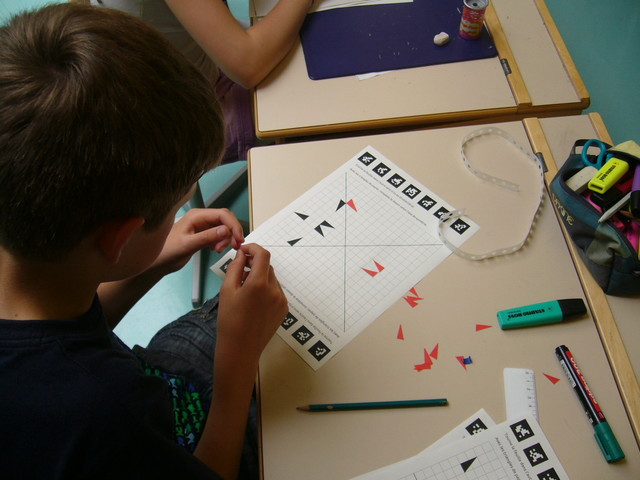 These practices are already familiar to everyone. They are part of our culture and children are taugh very early to cut, paste, write, and use paper in many ways. Paper is a technology so omni present that we don’t even notice it. Schools, offices and homes are filled with sheets, notebooks, maps, books. From the design point of view, paper is a cheap, renewable, mobile, light material. It is a platform commonly supported by common digital devices like printers, scanners, faxes and digital tools like rulers, scissors, tape…

Paper as an interface can easily leverage this huge opportunity field. It is actually this belief that led me to become a freelance developer, in the hope that I could explore this new frontier.